In the writing world, “beginner” has many definitions. In a sense, we all remain beginners, as the craft is never truly mastered to perfection.

But, I’m going to guess that for most the term “beginner” refers to those who are only just now exploring writing. First story, first novel, or just thinking about maybe, kinda trying to do either. Those just on the fence about starting this journey into authordom.

Such greenhorns will often seek advice from those with more experience, and while I think advice can be helpful, those of us who have been writing for a while have a tendency to do things that could scare newbies right out of the writing community. The following are five of the worst things we say and do, and the community ought to stop it.

1)“Other than breathing and eating, writing has to be the single most all encompassing instinct you have, and we’re not even sure about eating. If you can imagine being content with your life for even five minutes without writing, go do something else. You’re not a true writer.”

Cast in a certain light this is perhaps a wonderfully romantic notion. But realistically, come on. I know the purpose of this approach is to emphasize how much dedication and thick skin is required to be an author in either the traditional or the indie model, but imagine hearing that sort of talk in the first few fledgling days of thinking about writing. Do we really want to discourage people from writing who don’t feel their entire existence must be sacrificed at this altar?

2) “Get good an promoting, because unless you’re Stephen King nobody’s going to do it for you. You might want to spend a year or two building an online platform, and perfecting your brand presence before you start your first draft. Start setting aside money now for professional editing services. If you care about your product, it’s be several thousand at least, or nobody will take you seriously.”

I imagine to someone who hasn’t yet “taken the plunge” this sort of thing sounds more like, “If you are not at least part of the middle class, you probably don’t want to bother sincerely pursuing life as a writer.”  Not only is that bullshit from a factual standpoint, it’s also damaging to the community as a whole to keep putting money, money, money out there as an important factor. You may or may not need money at some point, but let’s not throw that at people first off.

Why not? As I said, it may not cost as much as people say it does to be a writer. Secondly, nothing can be promoted if it isn’t written, and far to often people dipping their toes into the writing waters for the first time have “YOU HAVE TO BE AN AUTHORPRENUER THESE DAYS!!!!” blasted through a megaphone directly into their eardrums 24/7.

I myself still struggle with the business end of things. The business side may be necessary eventually, but making sure people know they can’t be a writer without being a business wiz right of the bat is unfair. It may even be inaccurate…I’m convinced that model may be dying a slow death, but that’s for another post.

3) “Face it; you will never be a well known writer, and you certainly will not be able to make a living as one. People who do that are extraordinarily rare, and the hard truth is….you aren’t those people. Be content to just finish a book, and don’t concern yourself with making a career out of it, because you probably won’t. Sorry.”

My first response to that is, how the hell do you know if any given person is or is not going to be able to make a living as an author, or even that they won’t became well known? Everybody who is well known as an author now as at some point not well known. And while “stardom,” whatever that is, might in fact be against the odds, it happens all the time, doesn’t it? And not just in writing. People who go into plumbing have very little chance of building a business as successful as Roto-Rooter, but I don’t hear as many people mentioning the odds to them.

Realistic goals are good, but so are the big ones. The odds say you probably won’t be a star, but those odds are the same for just about everyone.

And why assume stardom is what a new writer is seeking anyway? Maybe that’s your own dream deferred, not theirs. Even if it is theirs, how much has gotten done, especially in the world of creative arts, by saying, “Don’t bother to dream, you won’t make it.”

And though there are always exceptions, I find it difficult to believe that every single Mr. High and Mighty who says, “don’t worry about people ever reading your stuff” actually isn’t concerned about readers. Please. 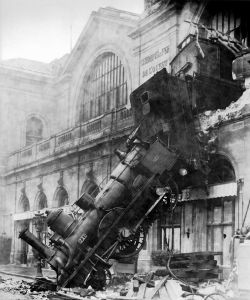 “Let me put it this way; your dreams won’t turn out as good as this.”

4) “Read this blog. And this one. You have to follow this woman on Twitter, and him, and her. And read this blog, he knows what he’s talking about. Join this newsletter…”

Advice overload. Getting some pointers and encouragement from other writers at various stages in their development can be useful, yes. But try to remember that for someone experimenting with being writer for the first time, their really is no royalty. By that I mean that if you have been around the writing community for a while, you may have found several sources of information that you consider invaluable to your efforts. New people may one day find value there as well, and it’s okay to mention these sources to newbies. But in the end, I think they have to come to sources and personalities that speak to them in their own time. They may find that your own inspiration does little for them in the vast world of writing advice.

Let new writers write for a while, so they can feel what it’s all about, before you insist they become disciples of someone.

5) “Welcome to the potentially life-changing, wonderful adventure that is writing fiction! Buy my stuff.”

Tacky. Sooooo damn tacky. And it’s indicative of a widespread problem within the writing community in my opinion. Yes, we have to be authorprenuers, we covered that already. Yes, promotion and marketing and network building is part of the game, eventually. But I have found that unless it is explicitly forbidden by moderators, most writing message boards and blog commentary sections are overrun with people selling their novel, their writing course, their souls. (I threw the last one in their for metaphorical emphasis…at least I hope.)

The point is, to me the writing community already too often feels like a cheap carnival midway, full of peddlers not at all worried about helping people out or improving the community as a whole, and I’ve been at least somewhat a part of it for several years now. I can’t imagine what it’s like for new writers these days who are looking only for some advice an encouragement, but are instead half the time hit with people begging them to buy stuff. (Often some of the same people who advise writers to “save” their money.”

We all have to promote, and we all have to find a way to get out names out there, but should it feel like a used-car lot as soon as someone decides to open their lives to writing? I don’t think so. Back off a bit.

Even for the most seasoned of authors, the creative impulse must be treated with respect and care. Discipline is required to get anything done, of course, but we must be gentle, lest we lose all perspective and/or motivation to be artists.

That impulse, that seed of creativity and desire to share is even more fragile for the total beginner. People who have put it off for years can be so easily dissuaded from finally becoming writers. It’s a difficult enough transition for some; let’s not make it any worse for them by doing these things I’ve mentioned and other things like them.

We want people to start writing. Until they give themselves permission to do that on a regular  basis, everything else means nothing.