I have an opinion on something.

Actually I have an opinion on many things. Believe or not, many of them are actually informed opinions. I wouldn’t have this blog if I didn’t want to share some of those opinions with the general public. As a writer, I do so in writing most often, I would assume.

Here on said blog, I usually write about writing itself, introversion, and a few other things here and there. I don’t think doing so has hurt my author aspirations. Some would, however, disagree with this opinion on giving opinions.

The argument goes that as an author who hopes to become successful, I should express as few opinions as possible about social or political issues. An author shouldn’t alienate and part of their potential fan base, and taking a public position on a matter, especially a sensitive matter, can hurt book sales, or turn people against you.

My first response to that is…too late.

In seriousness, I have via social media expressed already my opinions on various interests that are important to me. One of my jobs is to write a local opinion column for the city’s newspaper. Have I already ruined my fiction career?

I’ll say this; I understand the advice to keep quiet. The notion is not without some logic. There are people who are not going to buy my novel or read my articles once they know where on the social and political spectrum I lie. (If they haven’t figured that out already.) Every person turned away from me is potentially a person turned away from my writing, so why give them an excuse not to buy my book, when it’s difficult enough to get people to buy books these days? It’s not an absurd position to take. Yet I don’t think it can ever be my position.

That’s not to say I need to announce my interpretation of every news event in a public manner, or go trolling on sites dedicated to the opposite point of view. But author’s are people. Responsible, conscientious members of society stay informed on matters important to both themselves and to people in general. Expressing views on those topics, though it should be done in clean manner, is not to me unreasonable for an author. If I lose a few readers, I guess I lose a few readers. (I know, easy for me to say while my career is still emerging, but I like to think this would be even more true when my platform is large, my name well known.)

Besides, once an author is famous enough, he can effect change in his chosen field by use of said fame. I don’ think it’s wrong.

One final note, we may not be giving readers enough credit when we say that they won’t read our fiction when they realize we don’t agree with them politically. Though my beliefs inform aspects of my fiction, most of it can stand alone without my weaving a sermon per se into their fabric. Some people, in other words, may just not give a damn about my personal beliefs if they like my books. 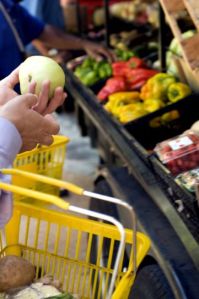 I think I’ll throw this one at him during the book signing.

It’s something to be aware of, as is any behavior on social media. Yet, I don’t expect to refrain from expressing my principles publicly any time soon.

What’s your opinion on opinions? Should authors keep quiet?